Ovens come in different shapes and sizes and are used to cater to various purposes. Many amateur cooks use convection ovens. While professional chefs, on the contrary, prefer using a commercial combi oven or a convection oven, depending on the requirement.

Convection ovens are built with a fan installed at the back of the oven. Upon turning the oven on, the fan starts to spin dispersing. Also regulating the heat throughout the inside of the oven. The best thing about a convection oven is that it bakes your items perfectly, making them crispy and gooey on the inside. If you are a fan of crispy-gooey cookies convection, then ovens are a good option.

However, despite the qualities of convection ovens, most bakers prefer commercial combi ovens. Why? Well because these ovens are exactly like convection ovens, but BETTER! Combination ovens come with a cooking mode and an added feature that allows steaming, in addition, to baking, roasting, and more.  Let us dive deeper into the qualities this oven possesses and why is it a preferred option in most kitchens.

Professional chefs have a lot of choices for cooking their food and it’s entirely up to them if they prefer gas or electric ovens, convectional or combi ovens, so on and so forth. Some chefs prefer using conventional or convection ovens while other chefs drift toward the combi oven instead. There is a distinct and great comparison between the two, which helps chefs make the best choice for their kitchen.

A Combi oven is an oven that has a steam and convection system. It has a range of different features suited for your baking requirements. You can select cooking mode, which means you can steam, roast, and bake your food. The best part about combi ovens is, that you can make and cook almost any kind of food item or dish in it, in bulk. Not to mention, it also has a great fan speed, which reduces the cooking time to the minimum.

What is the Difference Between Convection Oven vs Combi Oven?

Both of these ovens work great for your kitchen. The conventional oven has an exhaust system and fan, regulating hot air on the inside for an even and crisp bake. Not to mention convection ovens are about 25% faster than ordinary regular ovens. Combi ovens allow more options for cooking your food, making it a three-in-one appliance, enabling chefs to cook their food with hot air (convection), steam, or a combo of both. These ovens are used for their dual cooking mode and also separately as a steamer and a convection oven.

Commercial combi ovens call for batch baking which means it is more efficient than effective in terms of production and resources. Moreover, it cooks faster than most other ovens. 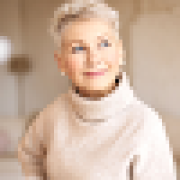 Aaliyah Parker is a writer at Tom Chandley, UK. She is a leading expert content writer and has remarkable content writing and content marketing skills. Ms. Parker earned a degree in M.S English from the University of London.

3 WordPress Plugins You Need to Optimize Your Website Speed

How is Your Plumbing Being Installed in The House?

Most Delicious Cake Flavors For Your Anniversary Celebration

How to Make Cake at Home Using Rubbing Method