As per the US trade data, the United States market has greatly expanded in the recent past. This has led to the further integration of its markets and production with emerging economies of the world.

If we look at the US trade data by country for the year 2019. Then we know that its largest trading partners were Canada, Mexico, China, Japan, and the United Kingdom. However, the European Union was also a major trading partner in terms of the bloc.

The US trade data reveals multi-dimensional insights associated with United States global trade. However, before moving on to the country-wise statistics. We will discuss the macroeconomic attributes of the country’s business.

The United States accounted for 13.84% of the world imports, making it the largest importer in the world. Its imports aren’t limited to a particular product segment. It buys goods from different categories. Those categories include automobile, pharmacy, textile, foods and beverages, computer and components, and petroleum.

As per the US import export data, the United States exports comprised over 9.13% of world exports. There’s no denying that the United States is a global manufacturing hub of various goods, and several countries worldwide import those products regularly.

Some of the major imports from the United States are heavy machines and tools, electronic devices, computer and mobile phones, defense equipment, and crude oil.

Import Statistics Of The United States

The Asian giant emerged as the largest import partner of the United States. China held a major chunk in imports, i.e., 21% that amounted to $4,81,728 (US $ million).

Canada took third place with a share similar to Mexico, and total imports amounted to $2,83,309 (US $ million).

The regular business partner with the United States took fourth place with an import share of 6%, amounting to $1,35,273 (US $ million).

Finally, Germany stood fourth on the list of mega importers to the United States and had an import share of 5%, amounting to $1,16,396.

Export Statistics Of The United States

While discussing the US trade data by country, we see that the United States is also not behind in exporting goods. The country’s overall exports amounted to $14,53,167 (US $ million), and there were 5,167 different product categories.

Below are the top 5 export destinations of the United States:

Mexico maintains its position in the export list, too, with a share similar to Canada and total exports worth $2,30,959 (US $ million).

China emerged as the third-largest exporter from the United States with an export share of 8%, amounting to $1,15,775 (US $ million).

Like Mexico, Japan also has its position intact. The exports to Japan amounted to $63,262 (US $ million).

It is now a well-known fact that the United States imports more than it exports due to the enormous domestic demand and the decent-paying capacity of its population. Hence, there is a general deficit in the country with most of its major trading partners.

Many global economists believe that macroeconomic factors like aggregate investment and savings and valuation of the dollar and its role in international markets determine the US trade deficit and further shape its policies.

The US import export data, combined with observations of its exports, determine the key trade policy components for the country. Apart from the macroeconomic factors, these policy components play a huge role in deciding the US trade scenario with its partner countries.

Therefore, let us take a brief look at the key policy components:

1. The Setting Of Trade Rules, Liberalization And Enforcement

The United States trade administration has trade promotion agreements with major saas business partners. They also have working export control regimes with others for various reasons.

It includes the regulations of border trade, national security and trade security factors. The balance of payments and unfair barriers to the US trade. Trade adjustments also include assistance for dislocated workers and firms.

The United States also offers duty-free access to emerging economies. In addition, it has us free trade agreements with numerous countries and trading blocs, which automatically set preferences for its trade. For rules regarding investments, the US trade administration thoroughly examines the inbound FDI to meet the national security implications, and certain areas have a limit over investments. 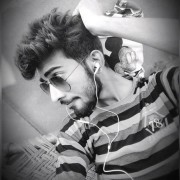 Shubham Sharma is a SEO Expert in Delhi with many years of experience in the digital marketing field. He often writes guest posts for Trending News Viral & you can also read their informative blog for more.

What Are Important Steps To Follow While Investing In New Property?

What Are Important Steps To Follow While Investing In New Property?

Cannabidiol Oil: A Guide for Usage and Packaging